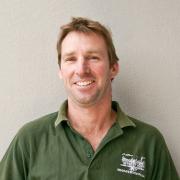 Nicholas Bone was born in the UK and his family immigrated to South Africa in 1977. After matriculating he studied Building and Plumbing at Western Province Technical College. In 1998 Nicholas founded ‘In and Out Bathrooms’ which offered a first class tiling service to the public and offered complete refurbishment of bathrooms catering to the higher class echelons.

In 2003 Nicholas moved to London and joined Hengrave Estates as their Project Manager. After 2 years he became a shareholder and investor in the business.

Nicholas returned to South Africa in 2008 where he joined up with David and together they co-founded Hengrave Estates (Pty) Ltd in South Africa.

Nicholas has been in the building and construction industry since the age of 21 and has a sound knowledge of the industry and its trades. Nicholas believes in a hands on approach and has a strong eye for detail.

In his spare time Nicholas is an accomplished cyclist and runner.